Month before last, Imagining America’s Faculty Director, Erica Kohl-Arenas, visited with IA’s Southern California Regional Organizing Cluster, or SoCal Cluster (SCC), to learn about their regional effort and to join in public dialogues with leaders from the SCC. Maria Avila of California State University, Dominguez Hills, Celestina Castillo of Occidental College’s Center for Community Based Learning, and members from the eleven regional cluster institutions are organizing cross campus alliances and institutional culture change to support the production of public scholarship and community engaged teaching and learning. Together we, Maria, Celestina, and Erica, reflect on the visit, the conversations, and the importance of cross campus organizing in the IA network.

First, what is the SCC? Maria describes the SCC as, “an evolving regional network of faculty, students, and center directors who are interested in civically engaged scholarship . . . We aim to build campus collaboratives to share teaching and research practices in connection to issues our institutions are facing.” Similarly, for Celestina, “The cluster is a space where people come together, grapple with what it means to create a culture within our institutions that values public scholarship and community knowledge. It is a space for us to share, articulate ideas, and develop collaborative projects that move us to action.”

Initiated by Maria in 2015, the cluster organizing approach is informed by her two decades of practice as a social worker in Mexico and then community organizer with the Industrial Areas Foundation in California and New Mexico. According to Erica, “As brilliantly captured in her recent book, Transformative Civic Engagement through Community Organizing (2018), Maria smartly brings the methods she learned as an organizer to culture change work in higher education settings. With the ultimate purpose of fulfilling the democratic or civic promise of higher education, the four central methods include conducting one-to-one meetings to reveal the ‘soul’ interests of individuals, building leadership collectives to harness the necessary knowledge and resource to carry the work forward, carefully analyzing and utilizing relationships of power within institutions, and continually engaging in critical reflection. This approach requires deep commitment to inter-personal and group relationship building and a faith in long haul culture change. These are qualities often undervalued in academic settings where faculty operate under individualized and siloed teaching, service, and scholarly production norms.”

Maria’s involvement in bringing community organizing models to Imagining America goes back to 2012 when she was a doctoral candidate at Maynooth University in Ireland, where former Imagining America co-director Scott Peters served as her external examiner. Peters expressed interest in exploring whether her doctoral research about applying community organizing methods to higher education settings could inform the work of Imagining America. Shortly thereafter, in collaboration with IA staff, Maria co-designed and co-facilitated two Organizing Summer Institutes with participants from IA member campuses and community partners. In 2014, Maria joined Imagining America’s National Advisory Board and began exploring ways to bring together her new role as a faculty member at California State University, Dominguez Hills with her work to promote the mission and vision of IA. She began exploring partnerships on her own campus and with other higher education institutions, beginning with IA and regional colleagues such as Celestina, George Sanchez (University of Southern California), Elizabeth Chin (Arts Center College of Design), and Kim Yasuda (UC Santa Barbara). In keeping with her organizing model, Maria approached each colleague individually in one-on-one meetings, sharing her desire to create a regional collaborative to support civically engaged work on campuses across the Southern California region. 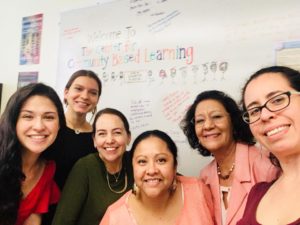 Now in its third year, Maria reflects on her role as the SCC’s lead organizer, “Doing this work validates my belief that colleges and universities, specifically through civically engaged scholarship, can create spaces on our campuses where we can enact our individual and collaborative civic agency. Our society is a fragmented democracy in which we either disengage from our civic responsibility, or chose to enact our civic agency in isolation from others on our campuses. In some cases, academics become civically engaged as a way to escape from campuses where we are not respected or valued. I believe we can create a culture where our engaged scholarship is not underpinned by a need to escape our campuses.”

For Celestina, “Being part of the cluster has connected me with other people who are interested in advancing public scholarship, both on their own campus and across the nation.  It has also pushed me to articulate what culture change means. For me, it means getting to a place where public scholarship (or community based learning and research as we call it at Occidental College/Oxy) is fully accepted and respected by all higher education institutions. It means getting to a place where community knowledge is equally valued to knowledge held and produced in the academy, even when it disrupts long held norms . . . where the criteria for who should and can review scholarly work is expanded to include people and communities who are impacted by the research.”

With IA now headquartered on the West Coast, Erica felt it was important for IA leadership to come to Los Angeles to both gain a sense of regional issues and to imagine how the SCC organizing model might apply nationally. Primarily interested in listening, Erica was at first hesitant to give formal ‘talks’ on the campuses she was invited to visit. But Maria and Celestina convinced her that public engagements would help move the regional organizing goals forward. Talks, dialogues, and private meetings with campus leadership did indeed provide an ideal way to simultaneously inspire SCC members about the national work of IA and show Erica what kinds of relationships, creative work, and campus struggles member institutions are working on.

For example, Celestina describes one of the visit’s events where Erica and George Sanchez (University of Southern California and former chair of IA’s National Advisory Board) participated in a public dialogue with students, faculty, and staff at Occidental College. For Celestina, this public moment was important because, “Currently, we are focused on moving from language in the faculty handbook (which was approved in May of 2016) that recognizes community based learning and research in the tenure and promotion process to shifting the culture towards understanding how to evaluate and equally value this work. We are still moving from policy to practice, and have a long way to go, to develop the skills and tools needed to effectively demonstrate the importance of rigorous and robust public scholarship. After briefing them on our campus context, Erica and George eloquently incorporated the issue into their presentations and provided an opportunity for the discussion to continue amongst the faculty. It was important for the faculty to see Imagining America as an ally and resource in their own scholarship and work on campus to create a culture that truly values community engaged teaching and scholarship.”

Overall the visit was a great success, yet there is much work to be done. For Maria, “I feel we are ready to identify major issues affecting our campuses, and to organize to create institutional and community change. My hope is that this movement . . . continues to energize members from campuses in the region, that non-IA member campuses join, and that five years from now we can look at specific victories we have achieved.”

Erica learned that, “There are so many issues that Southern California campuses are facing that will become increasingly present across our national network. With a majority minority (and largely Latino) student population in our public universities, deepening poverty and inequality, increasing housing and food insecurity, and marginalization and displacement of immigrant and lgbtqi populations in this current political climate, the work of community engaged campus leaders is more important than ever. These issues are not contained within the university walls and the SCC organizing model will be of great interest to other IA members across the country who are building cross-campus and regional partnerships to better support their faculty, students, and community partners as they address urgent regional issues. Just as important, the SCC members are creating real, caring, human relationships that enrich their work on the daily basis and build a sense of collective empathy, joy and hope.” 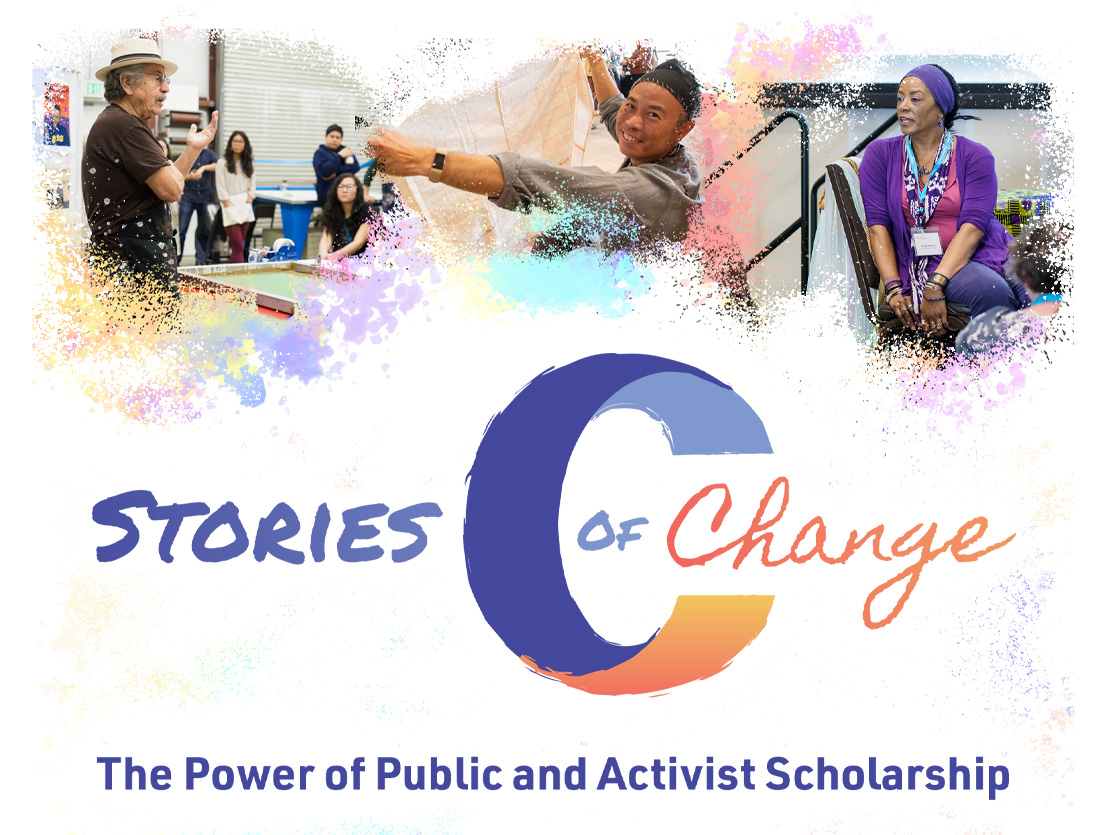